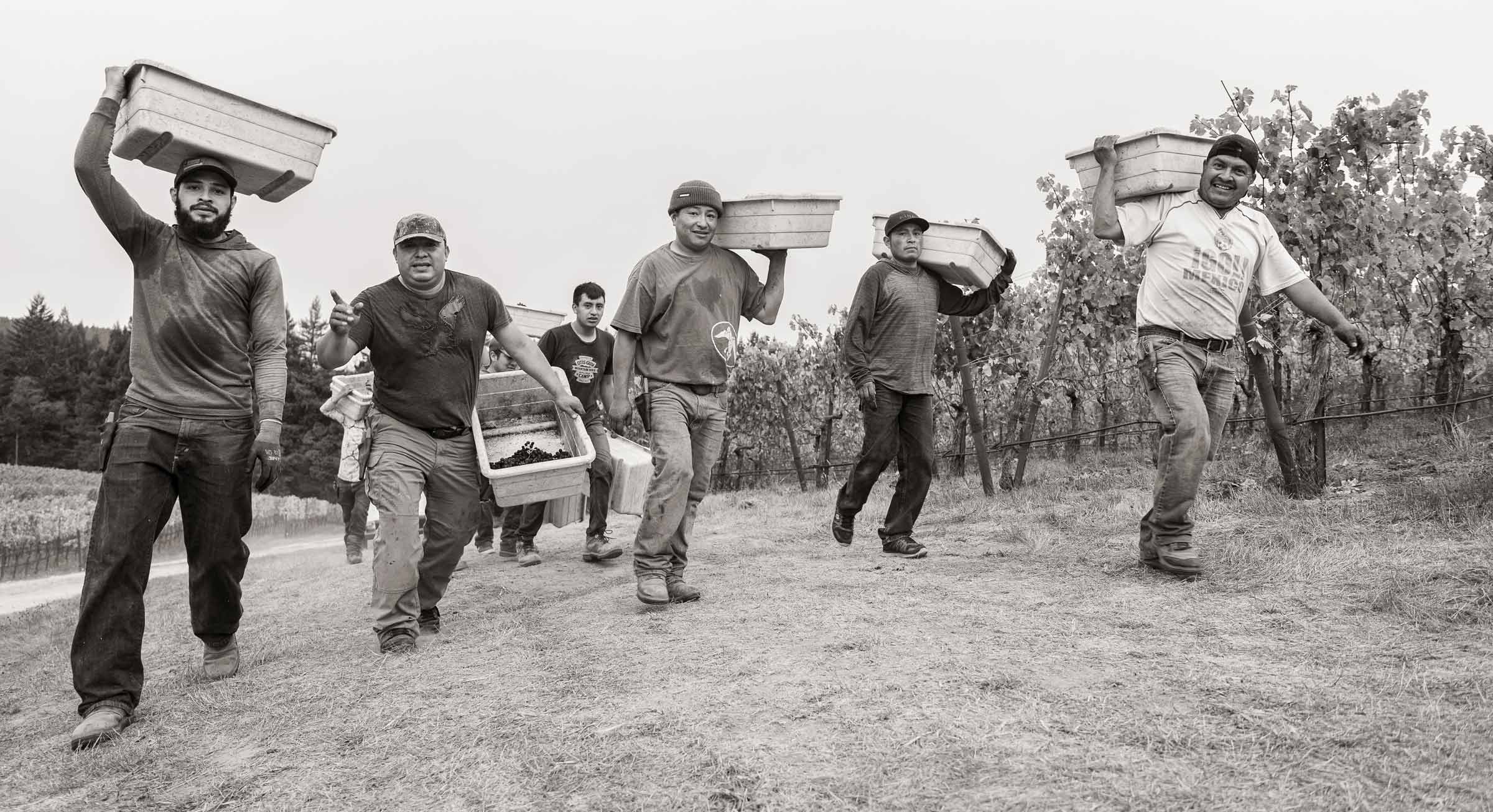 From the wine archives: 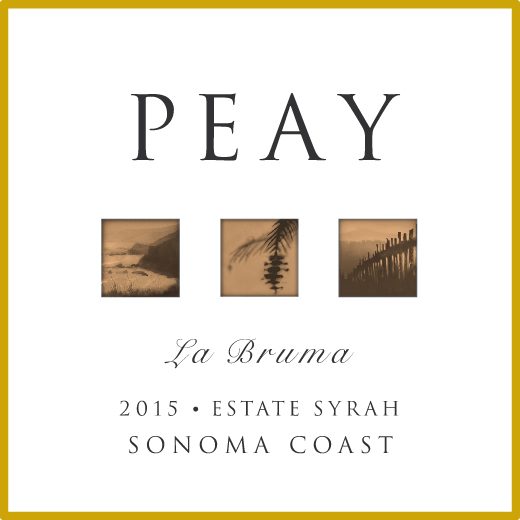 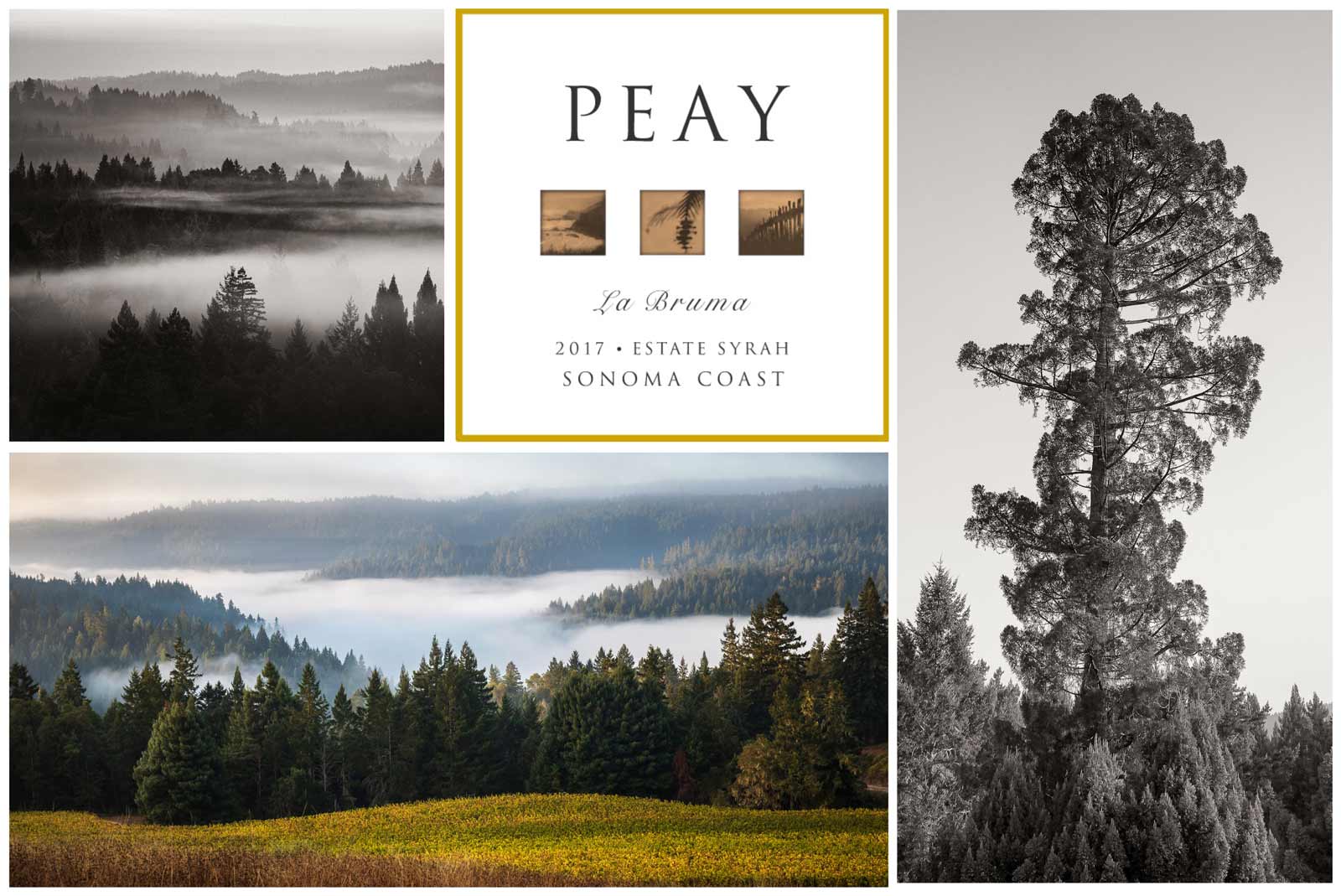 The fog and sea mist that snakes up the river valley to encase our hilltop is one of the most important and unique features of our maritime micro-climate. The cold, saturated air causes the later afternoon temperatures to cool significantly slowing down sugar accumulation and allowing the acid in the grapes to respire more slowly resulting in energetic and focused wines that will age well. The sea mist also brings moist air which can provide some benefit to other flora and fauna but also creates mildew and rot pressure that may inhibit fruit set and yield depending on the timing. Mother Nature mitigates some of this concern as an afternoon wind blows in from the Ocean every day around noon to help dry off the leaves and fruit.

La Bruma Syrah is the more lifted and aromatic of our two Estate Syrah. It often features floral notes of lavender and violets along with the ever-present core of zingy red fruits, mineral bass notes of graphite, and savory herbal accents. I find the profile more akin to an Hermitage Syrah than other parts of the northern Rhône. But, to be clear, La Bruma is decidedly a Peay Vineyards, West Sonoma Coast Syrah and is not trying to be anything, or anyone, else.

And, lest you have not heard us say it before, we should state that cold climate Syrah – like Peay Syrah – is really the red wine you want to drink when you head to your cellar for something that pairs well with food. It has the flavor profile that plays well with a piece of red meat (iron, blood, red and black fruits, herbal notes, high acid) while also being light enough on its feet to complement tomato dishes, fowl, pork, and roasted vegetables. At least half the time we head to the cellar for a bottle of Pinot noir or Cabernet we emerge cradling a bottle of cold climate Syrah. It represents more than half of what we have in our cellars and may in yours, too, once you give in to it.

The last 2 vintages we have been chronicling the rebound of our Syrah blocks and how that, in tandem with a string of strong vintages for us on the Coast, has resulted in some of the best Syrah we have ever produced. Well, for all of you who like the flavors found only in cold climate syrah, we give you the astonishingly good 2015 La Bruma Estate Syrah. It must have something to do with years that end in 5 as this wine reminds me of the 2005 La Bruma – which we loved and only have 3 bottles of in our cellar. La Bruma usually presents a more feminine profile than Les Titans but the 2015 La Bruma has a very intense graphite and smoke nose with blackberry and black currant fruit lying at the core like a bottomless well. It is quite savory with fennel, rosemary and garlic notes making visions of lamb chops dance in our heads. Notably, there is little of the violet, floral quality usually found in this cuveé. The mouth is dark and savory with some bitter chocolate and plum notes overlying a granite and inorganic mineral quality. The wine is not heavy in the least as the alcohol is moderate and the finish bright and energetic due to refreshing acidity. This wine is very compelling right now but will be fantastic with a few more years under its belt. The 2005 La Bruma is just hitting its stride 13 years from vintage and we would give this wine up to double that life, if any lasts that long.