Peay Vineyards is perched on a hilltop in the far northwestern corner of Sonoma County approximately 4 miles from the cold Pacific Ocean near Sea Ranch. The vineyard is situated along the coast, but not on the very first ridge. We sit along a channel formed by the Wheatfield Fork of the Gualala River which runs on top of the San Andreas Fault. That channel allows for fog in the evening – the marine layer - and copious cool air blowing off the Ocean in the afternoon penetrating inland and keeping temperatures at our vineyard consistently cool and moderate throughout the growing season. This precise location matters.

We are cold climate maritime farmers. This is unique in the world for growing grapes. Other maritime regions (the Mediterranean, Santa Barbara) are next to warmer bodies of water with consequently warmer, drier air coming off the water. Most other cool climate grape growing regions are inland and continental not maritime (think Burgundy, Rhône Valley, Willamette Valley) and, as a result, heat up during the day and are often quite hot during the day in the summer months. Our location in what they call the inversion layer - see below for a more in-depth explanation of the technical mechanics behind an inversion layer and our climate – means we don’t get hot days and cold nights but experience even temperatures in the 60s and low 70s. Grapes ripen slowly. Further, our lower latitude relative to other cold climate continental regions means we have a little sun in October – our “Indian summer” - and we ripen grapes into November, which is essential as we don’t start picking usually until mid to late September and we finish sometimes in the first week of November. 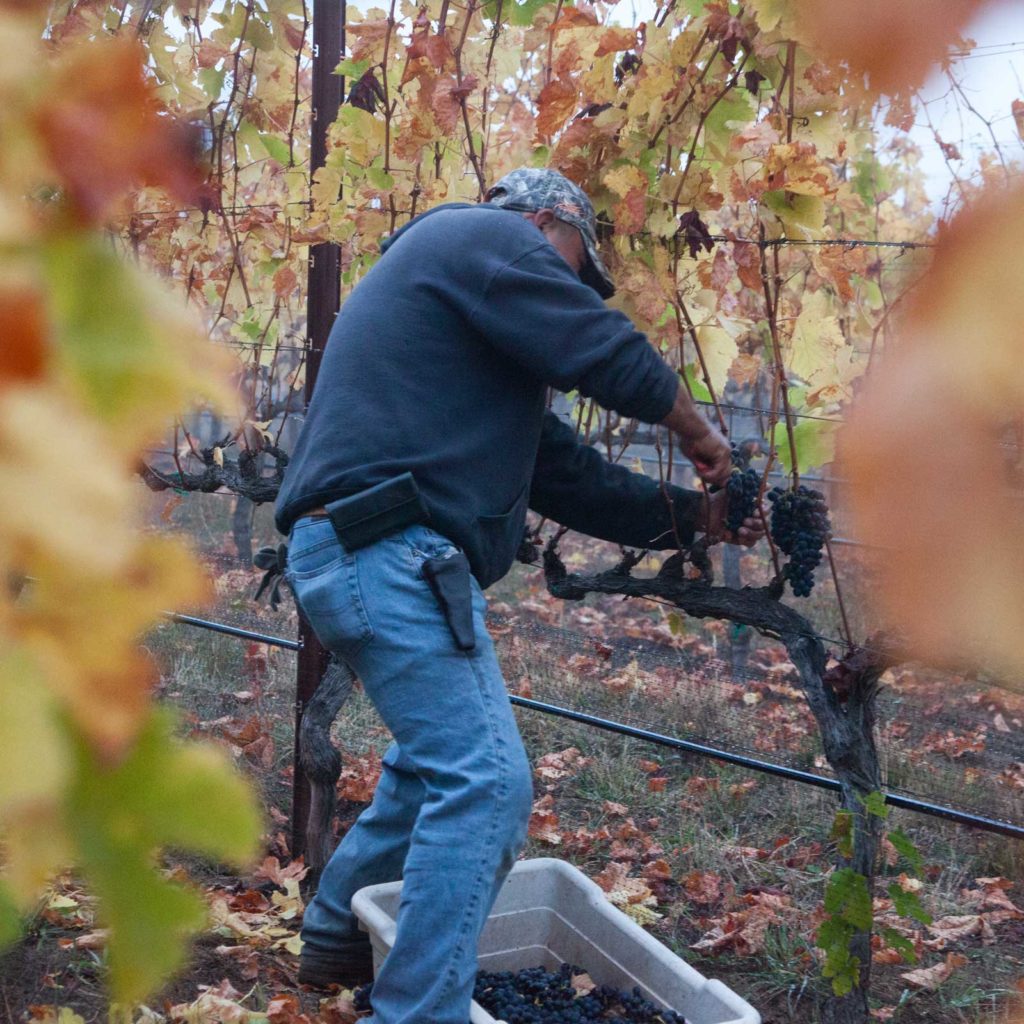 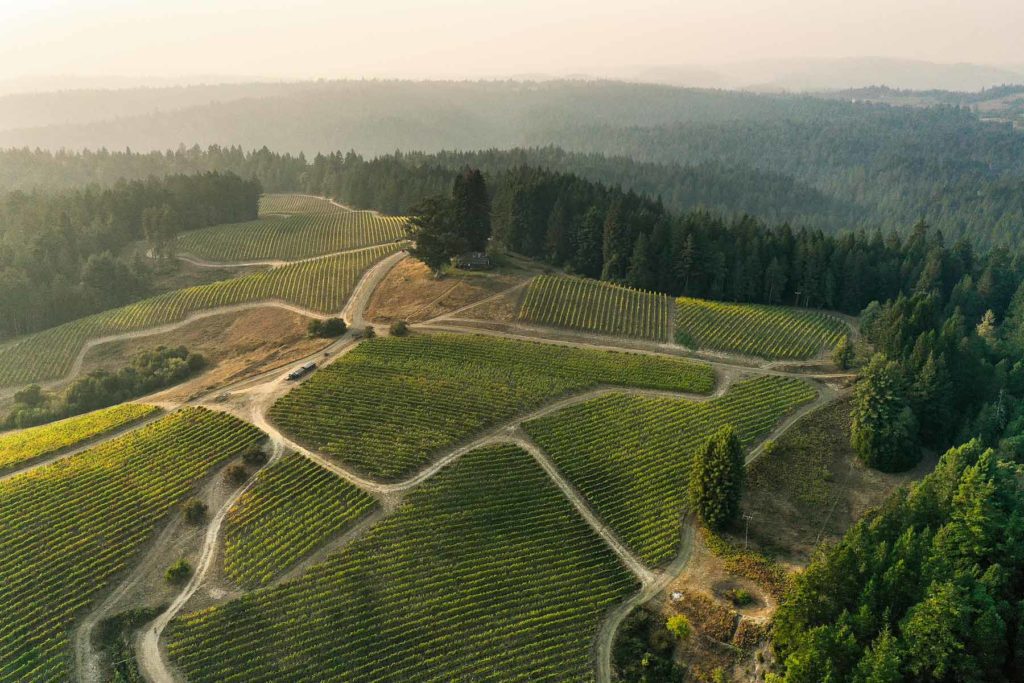 As California has a diverse range of microclimates, our hilltop vineyard also expresses many subtle variations depending on whether it faces south, southeast or west; sits high on the hilltop in the afternoon breeze with full sun; or rests lower on the slope with greater fog influence and less sunlight. But make no mistake, wherever that grape grows on our estate, this is pretty cool climate for grape growing. We cross our fingers hoping that the fruit will ripen before rains start in late October/early November. In some years, getting it ripe has been a challenge.

But that is why we produce superior fruit. Due to the cool climate we have a long growing season with moderate temperatures ideal for maximizing the production of intense flavors and phenolic compounds that result in complex wines. And we will always have plenty of acid to provide structure. No flabby, overripe wines here.

Want a more in-depth discussion of how our weather is created? Read below. 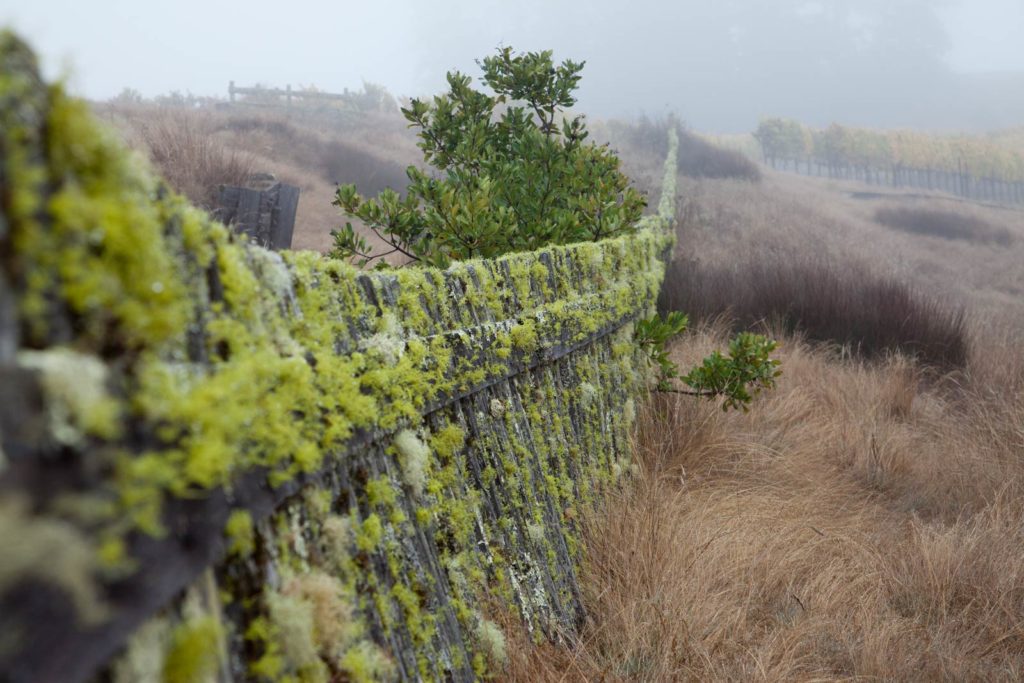 What Is This Inversion Layer?

While the beautiful symmetry of our planet may suggest even gradations of climate as you move from the equator to the poles, in reality, there are a multitude of phenomena that belie the tidiness of such an understanding of the Earth’s climates.

The first major factor is the Coriolis Effect, or the force created by the earth’s rotation, that causes the circulation of the world’s oceans. Easterners recognize the result of this effect as the Gulf Stream where a warm current flows north out of the tropics along the coast to the Grand Banks off Labrador. On the West Coast, we have a cold, southward flowing current that runs along the coast of the Pacific Northwest and northern California. Weather flow pattern is from west to east across North America, from the warmer waters at the center of the Pacific Ocean towards the California coast where it hits the cold ocean current along the California coast. The air cools forming a coastal strip of cool climate. As the air travels across the land mass, the temperature of the land changes the temperature of the air – warming it in summer and cooling it in winter. As a result, the immediate coast of California does not experience the extreme temperature variations as do parts of California further inland. 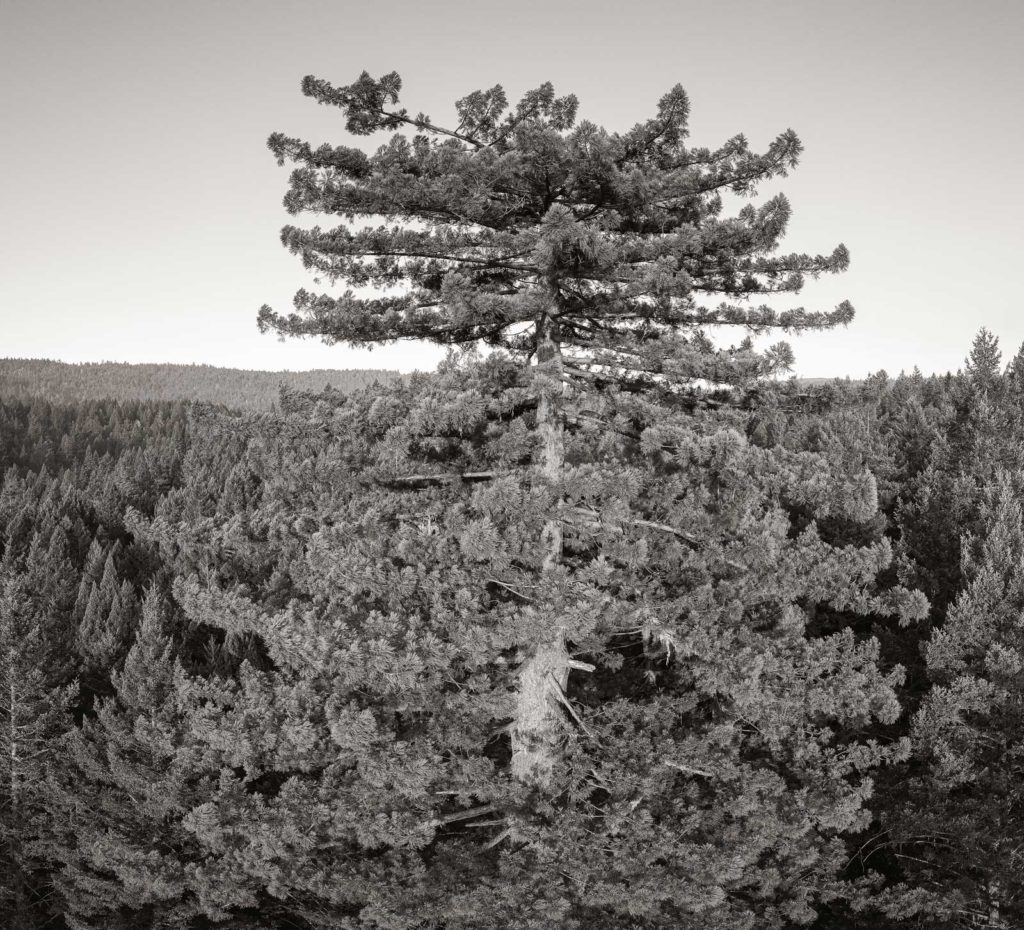 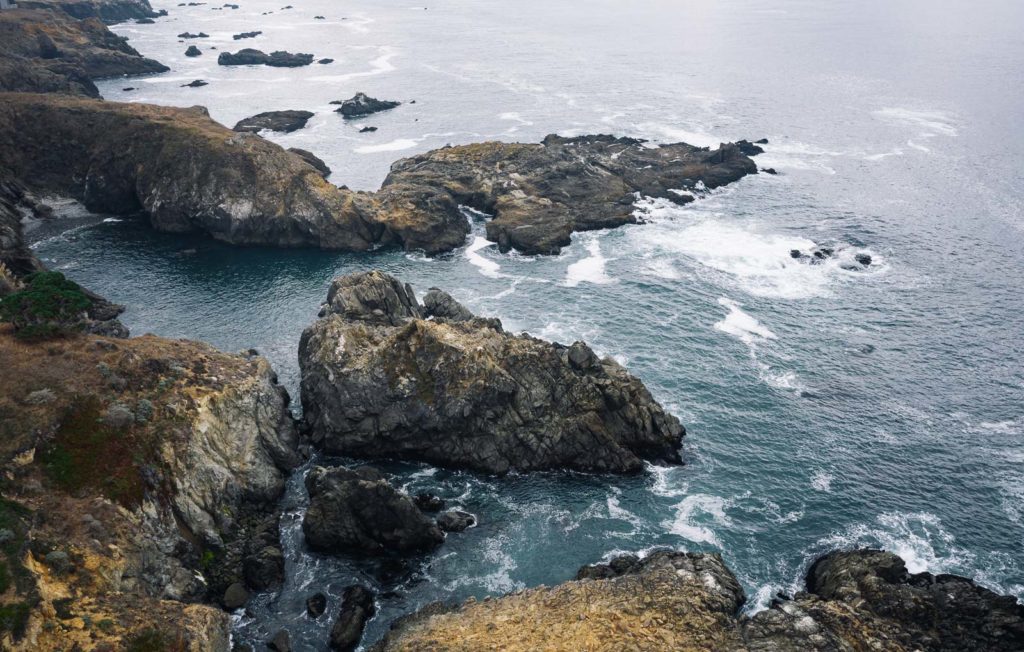 From a satellite’s perspective, the West Coast of the lower forty-eight would represent, if it were temperature coded, a long narrow strip running along the ocean’s edge, likely colored blue to denote cool. In actuality, it is an inverted triangle with the fat end up by Portland, Oregon and the skinny tip down by Lompoc in Santa Barbara County. If you are inclined to check out the weather page of your local newspaper, you will likely observe the bands of forecast high temperatures revealing that sliver of coolness, something that is apparently overlooked by the shivering short and t-shirt clad tourists in San Francisco.

Now, let’s consider the weather from a cross-sectional perspective. Out in the middle of the Pacific, the temperature of the air in contact with and just above the ocean is controlled by the temperature of the water. The moisture content of the air is relatively saturated, being in contact with a body of water. Near the coast, the air temperature drops along with the temperature of the water (due to cool coastal current, see above). Since cold air has a lower water holding capacity than warm air, some of the dissolved water in the saturated air changes from gas to liquid in the form of tiny droplets that we observe as fog. If you were to inspect this cross section of air near the coast the bottom layer would be cold and foggy, but the upper layers would gradually increase in temperature. This gradation is surprisingly well-maintained, free from mixing or churn, because cold air is heavier than warm air. 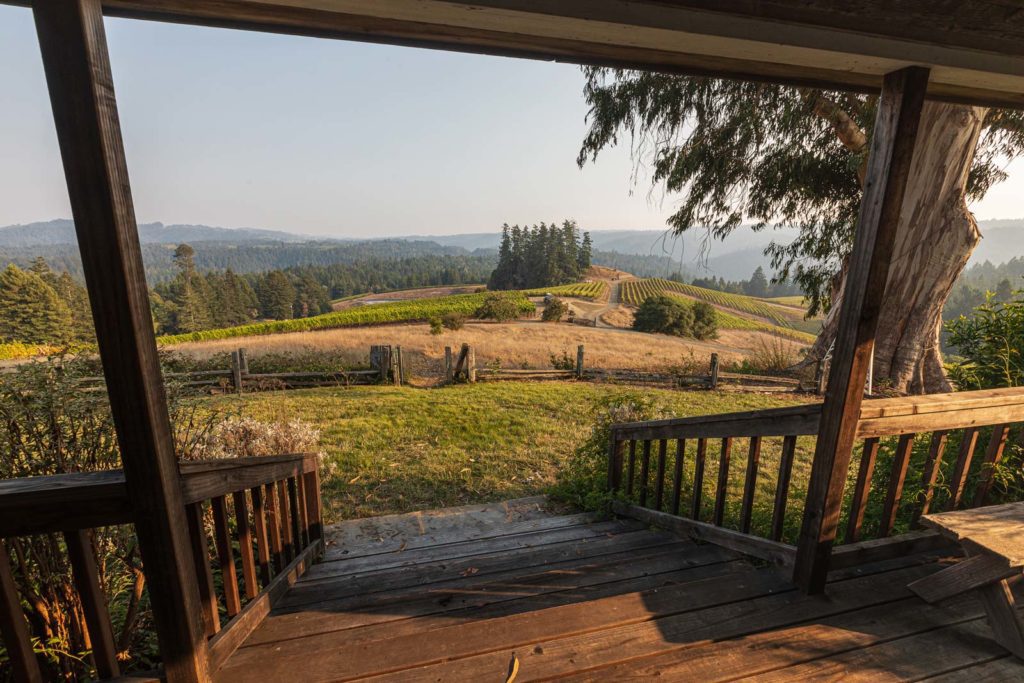 In interior valleys, this phenomenon is reversed. Inland the summer earth radiates heat warming the bottom layers that remain hot since there is very little air flow or circulation from the coast. As you go into the upper layers of the air mass, temperatures are cooler as experience has shown from backpacking trips you might have taken in the mountains. This accounts for why, in summer, you find cooler temperatures in the mountains of Napa as opposed to the valley, yet cooler temperatures in the river valley of the Russian River, near Guerneville say, as opposed to the surrounding hills. 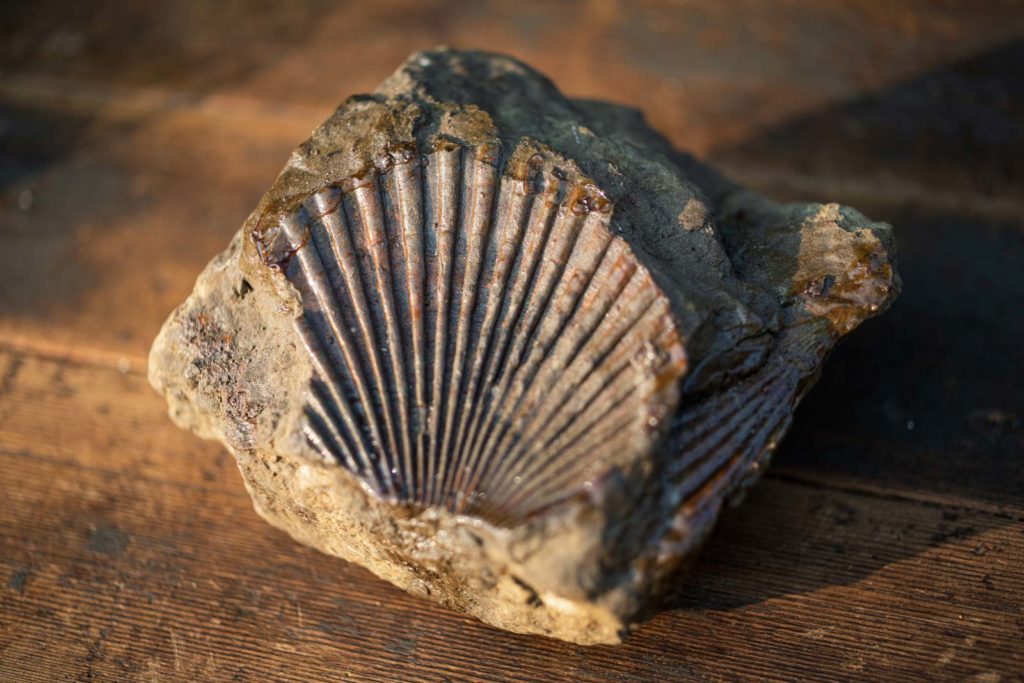 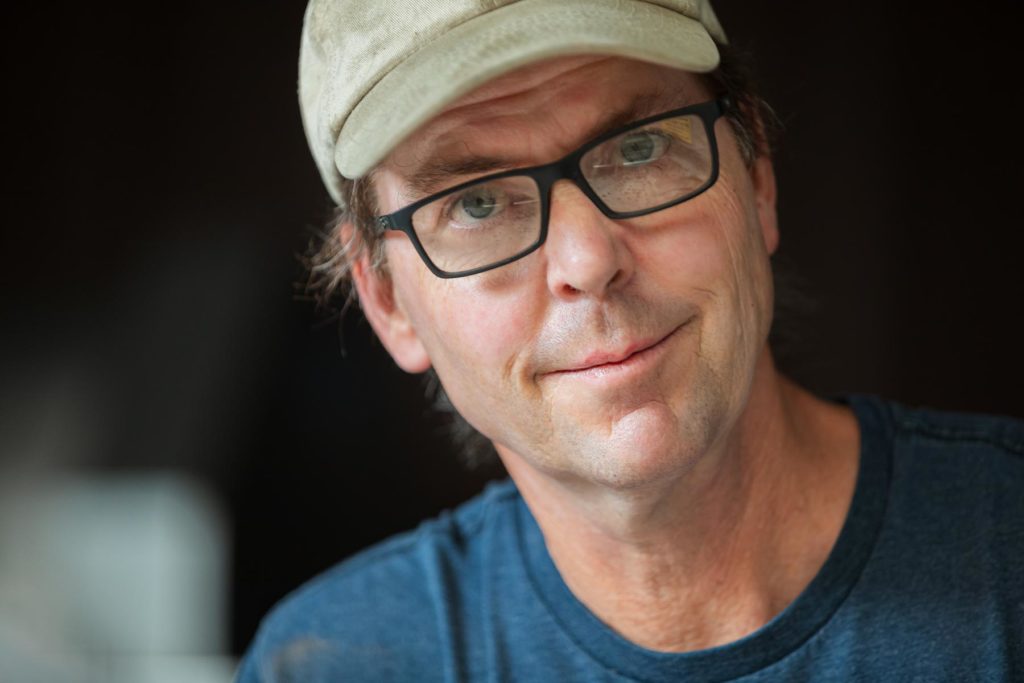 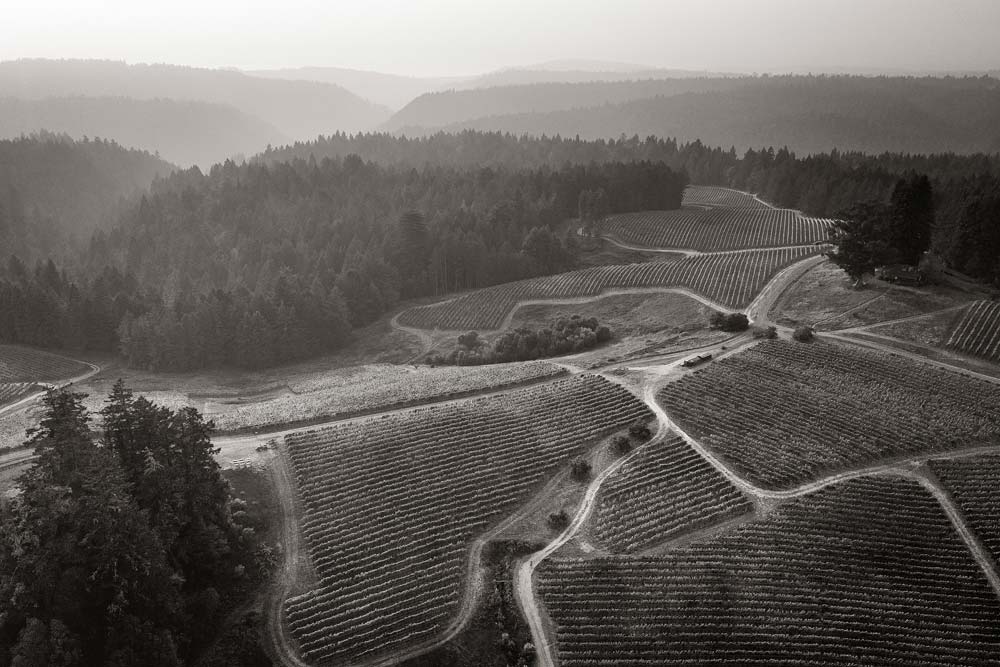