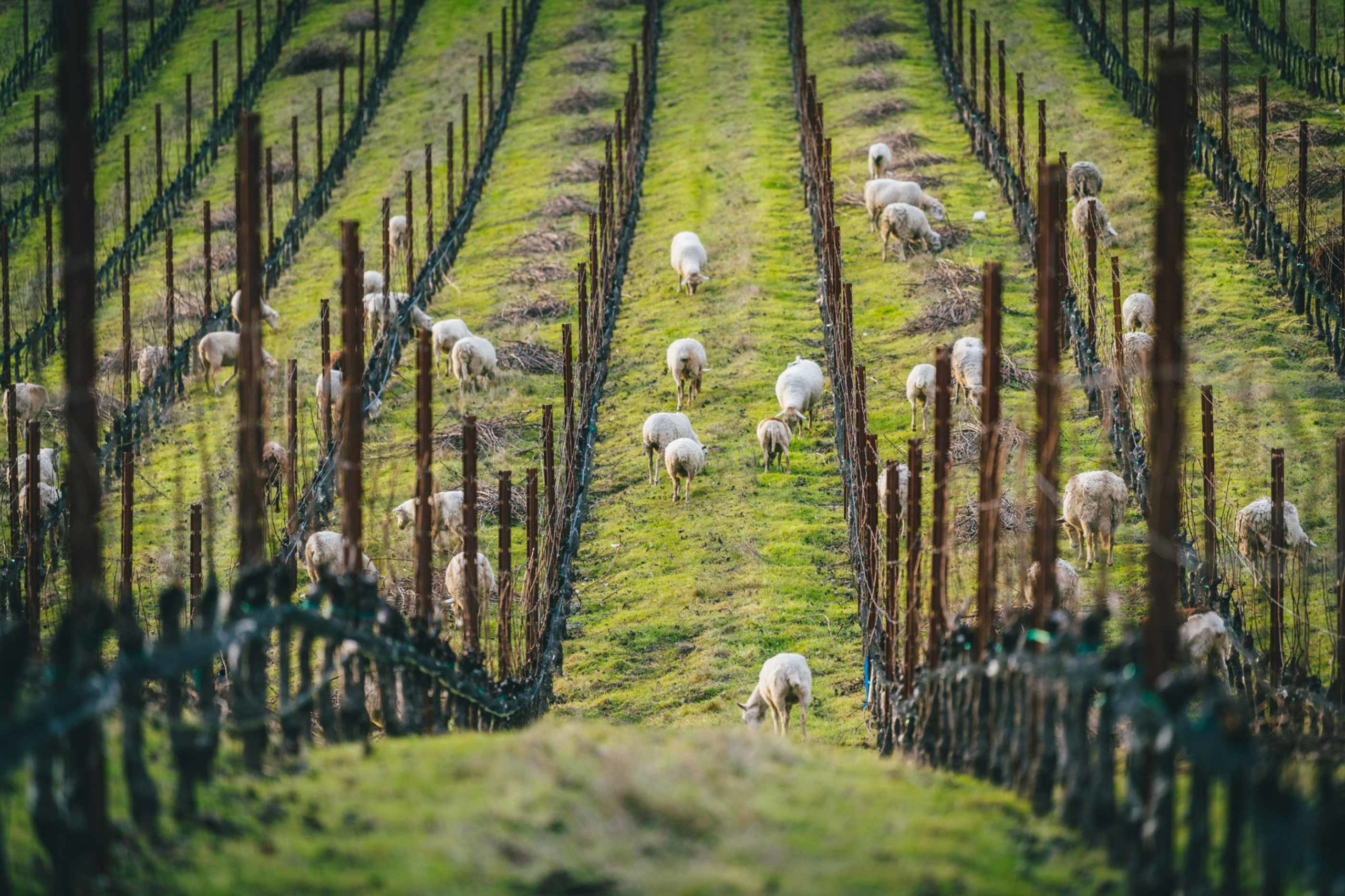 I Grow Grass. No, Not That Grass

As you may recall from last winter’s news stories, we received quite a bit of rain last winter. No, it was not a record-setting winter, but above average, around 78 inches through May. We even had a thorough soaking totaling seven inches over four days in the middle of May, quite a bit for so late in the spring. Our average yearly rainfall, which falls mostly in the winter, is closer to 60 inches. We had one year of rainfall in excess of 110 inches since I’ve been out here and never fewer than 40 inches. No matter the year, that’s a lot of rainfall. I was just reading about ice stupas in Ladakh, India, a high desert area on the western edge of the Himalayas. Much of the region lies above 10,000 and even 15,000 feet. They receive 4 inches of annual rainfall, similarly, all in the winter. And they farm. The ice stupas are manmade in the winter to store water for planting in the spring. A clever strategy for dealing with so little winter rainfall, no?

If you have visited me and heard our start-up story, you may recall that I said we were looking for land for Pinot noir that was less vigorous and had a cooler climate than what had already been tried in California circa 1993. In previous articles I discussed the role cool climate has on grape development and the resulting wine. How about water and its effect on vigor and quality? Wouldn’t our high levels of winter rainfall lead to excess vigor as well? Well, it depends on the soil. The Adobe clays of Carneros are water retentive, for example, and excess water remains in the soil throughout almost the entire growing season resulting in excess vigor and the vines put a lot of energy into green growth and less into grape flavors.

So, as in so many things in life, timing is everything. True, it is difficult, if not impossible, to drive a tractor in our hillside vineyard during the winter months but as we transition to summer, the water goes both down and up – down with gravity through our fine, silty, sandy loam soil profile and, up, into all vegetative matter, both vines and grasses. Heavy soils or bottom land soils due to their very small grain size (think clay) stay wet within the vine rooting zone throughout the summer while our soils drain and dry out. In response to this seasonal pattern our vine roots grow accordingly, chasing the water down, growing deeper with each successive year.

And to further assist soil moisture depletion, I am farming something else besides grapes: grass! We need the grass cover crop to soak up the extra moisture and help us de-invigorate the soil in late spring and early summer. At the start of my farming sojourn I worried that excess soil moisture would result in excessive nitrogen uptake in the vines. Once the grape flowers begin to open in the late spring, excessive nitrogen in the plant will cause the flowers not to turn into grapes. Grass to the rescue! The growing grass utilizes any excess nitrogen in the soil. The grasses are relatively shallow-rooted and they grow and suck up moisture and nitrogen through June. We need to keep the grass in check, though. You may recall from previous articles that I remove the vegetation growing right underneath the vine row. Grass there is too much of a good thing; it can interfere with the grape clusters and the canopy. Sheep graze the vineyard in the latter part of the winter to check the winter growth and in the spring I mow the grass in the middle of the rows, effectively knocking back the re-growth, managing the competition to my vines. By July, the grasses begin to dry out and turn brown having done their job of depleting the water and nitrogen in their relatively shallow root zone, just in time for fruit flavors to develop in the skins. So, it is not so simple as plopping a bunch of vines and broadcasting grass seed in wild coastal Sonoma to see what Mother Nature does. “Managed,” would properly describe our approach to farming the vineyard floor.

Temperature is crucial in the springtime, too, though in this case, not for grass but for flowering. Instead of nitrogen interfering with grape formation, we regularly fret about temperature during bloom (late May and early June). Too cool and the pollen will lose viability before the ovary can get fertilized. Vocab quiz: what is “shatter?” “millerandage?” How about “hens and chicks?” Picture a cluster with some big berries and some small berries, or a few berries and dried flower detritus. These are the results of bad (read: cold and/or wet) weather during flowering. Few, small berries mean little wine. Further, when cool temperatures persist past the time when the vines wake up and get growing (=”budbreak” usually starts in mid-March), the top halves of the shoots take on a very yellowish hue and stop growing due to poor nutrient transport from the roots. While the vine growth has halted, the cool temperature often accompanied by foggy, wet mornings is perfect for the grasses to grow. As the season progresses, we transition from grass growing to vine and fruit growing.

A healthy, well-drained soil with sufficient organic matter will support a substantial root system, constrained by water availability. Over the arc of our vines’ lives we have seen the development of that root system. Young vines with shallower root systems are more easily buffeted by large swings in the weather, like a heat spell, while old vines are impervious to such swings, prudently waking later in the spring reducing the likelihood of having to experience a frost, and not fussed by dramatic swings of temperature. It is why I go on about how older vines make better wine. My vines are 15-20 years old and the wine made from them expresses increasingly more complex aromas and flavor development. The older vines allow a balanced flavor profile and more concentration of flavors without fatness and heaviness. The wines have energy and a certain grace. It’s good to hear that getting older results in less stress and more refinement. I’m looking forward to that future myself.