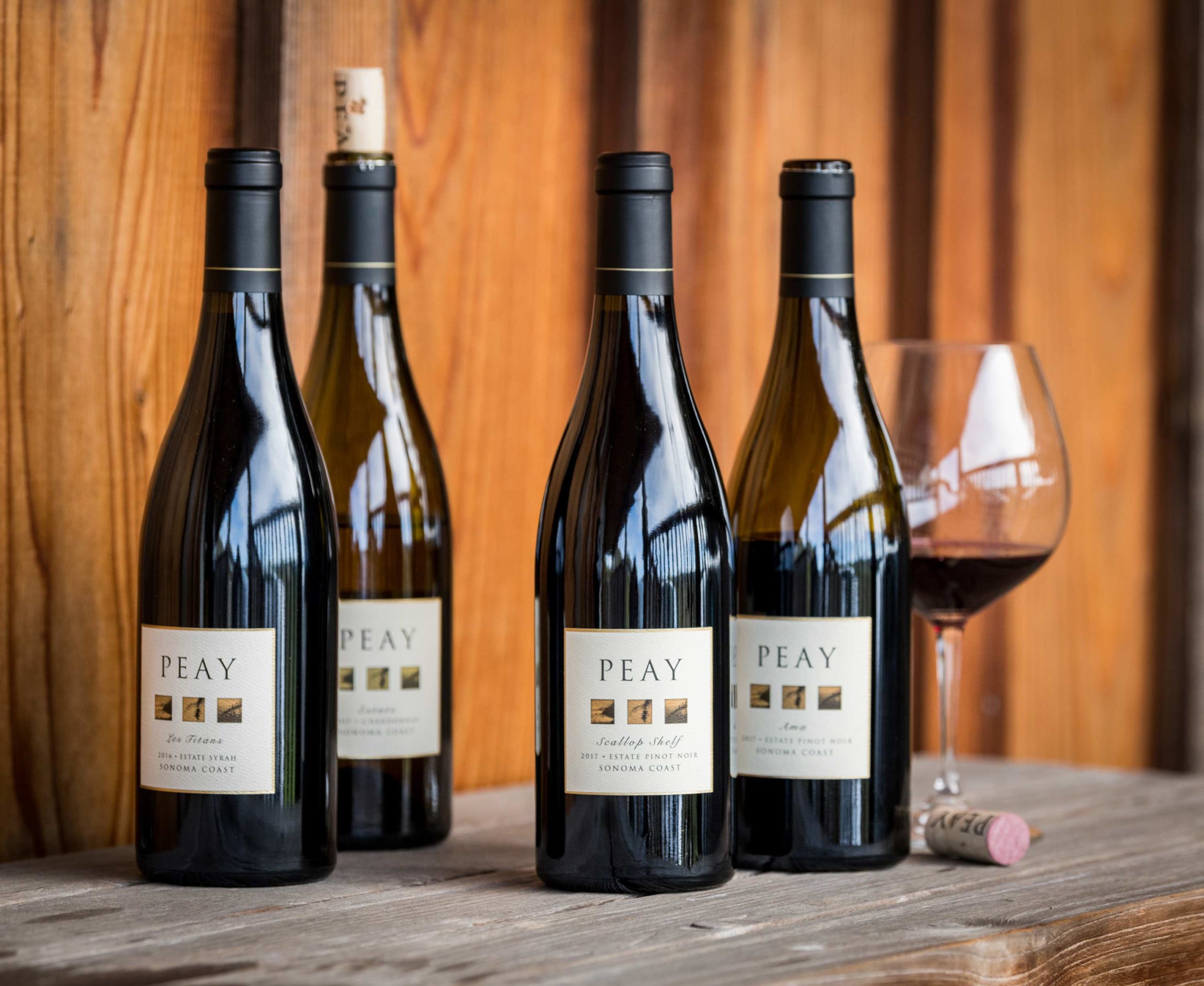 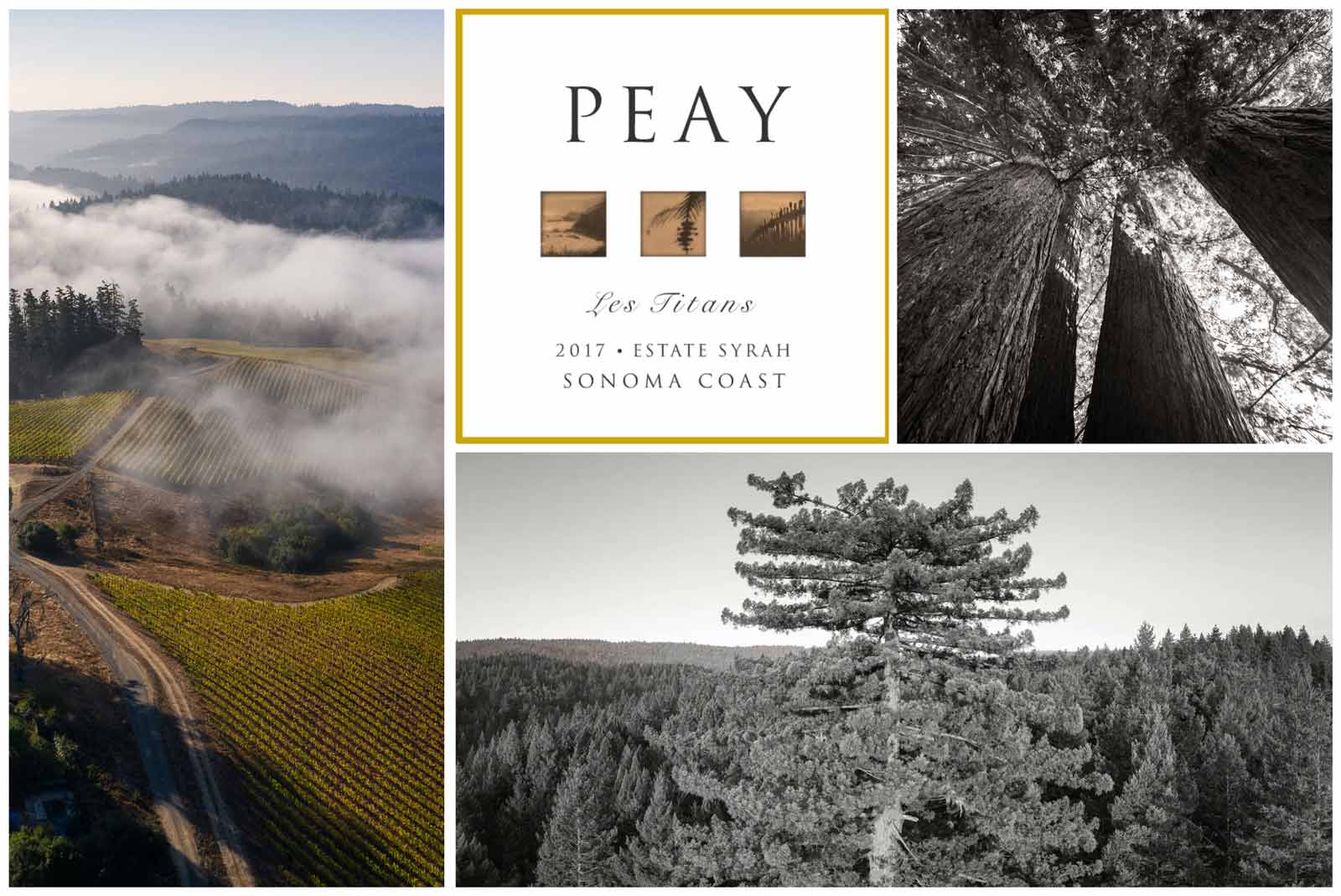 “the Giants, the Gods”

We farm grapes on the West Sonoma Coast which is also known as the Redwood Coast. Free of human appetite, redwoods thrive on the California coast as they need wet and cool air to grow and create their own moist and chilly microclimate under their overstories. They are also very productive sinks for carbon and prolifically produce the oxygen we inhale. To walk in a redwood forest is to walk on another planet, a majestic and peaceful one.

Les Titans pays tribute to the magnificent and enormous old growth redwood trees that surround our vineyard and play a vital role in creating the timeless magic of our place. Les Titans is the more muscular of our two estate Syrah featuring dark fruit, charcuterie, black pepper, leather and game. It is not a bruiser, however, with the refreshing acidity and brightness lending the wine grace and elegance. Les Titans is a blend of four of the six clones we grow on our eight steep, terraced acres each clone playing a key role in the blend’s profile. We only make 200-300 cases in any given vintage and age the wines 16 months in barrel and just under two years in bottle before release.

And, lest you have not heard us say it before, we should state that cold climate Syrah – like Peay Syrah – is really the red wine you want to drink when you head to your cellar for something that pairs well with food. It has the flavor profile that plays well with a piece of red meat (iron, blood, red and black fruits, herbal notes, high acid) while also being light enough on its feet to complement tomato dishes, fowl, pork, and roasted vegetables. At least half the time we head to the cellar for a bottle of Pinot noir or Cabernet we emerge cradling a bottle of cold climate Syrah. It represents more than half of what we have in our cellars and may in yours, too, once you give in to it.

While Peay’s Syrah La Bruma is accessible today, the 2017 Syrah Estate Les Titans is anything but. Powerful and tightly wound, Les Titans shows the more savory side of Syrah. Inky dark fruit, cured meats, black pepper, sage, smoke and grilled herbs infuse the 2017 with striking varietal character. Bold and pungent, with tons of Syrah character, the Titans dazzles from the very first taste. I won’t be surprised if it is even better in another few years’ time. For now, though, the 2017 is one of the most austere, young Titans I can remember tasting.